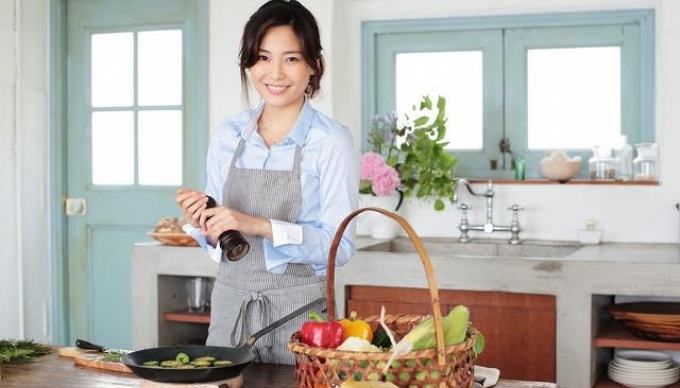 On August 26 this year, the 40-day "super-long version" of the dog days finally came to an end. Volatility represents from summer to autumn, from heat to cold, three volts have passed, Yin and Qi have grown, everything began to change from long to harvest. Experts from the Department of Traditional Chinese Medicine of the Municipal People's Hospital remind the public that at this time, people have just experienced the bitter summer. They should keep their diet dry, work and sleep late, and wear clothes undisguised. They should conform to the weather and meet the next autumn and winter.

Yang Zhaohua, deputy chief physician of traditional Chinese Medicine Department of Shiyan People's Hospital, said that after the outbreak, the transition from summer to autumn began in a real sense. The climate was gradually dry and the human lungs were relatively vigorous. Meanwhile, the autumn tiger was still in power and felt "dry" very much. People are prone to cough, but also chronic bronchitis recurrence or aggravation period.

At this time, the diet should also be adjusted properly. We should eat more food that nourishes Yin and moisturizes dry Q, so as to avoid damaging dryness. Such as tremella, lily, lotus seed, honey, kelp, celery, onion, banana, apple, pear, radish, winter melon, spinach, glutinous rice, sesame, beans and so on.

In addition to nourishing Yin and moistening dryness, these foods can also stabilize blood pressure and prevent cardiovascular diseases. Chives, onions, ginger, garlic, pepper, liquor and other spicy food, as well as mutton, dog meat and other hot food is best to eat less. Cold food such as watermelon and ice cream should also be reduced to avoid damaging the spleen and stomach.

Of course, the best way to prevent autumn dryness is to drink more water. Drinking some honey water at night can help moisten the lungs and dispel dryness, and also can prevent constipation caused by autumn dryness. In addition, on the basis of maintaining indoor ventilation, some green plants, such as green radish, cymbidium, asparagus, can also be raised to calm down, calm down and prevent restlessness.

After the outbreak, the weather is gradually cool, and people's appetite is gradually restored. This is a good time for people to make up for the loss of body after bitter summer, but also to prepare for winter cold resistance. "In autumn, nourishing Yin, moistening dryness, nourishing stomach and invigorating spleen should be the main food. Attention should be paid to the combination of buckwheat, comprehensive nutrition and avoid overeating." Yang Zhaohua said.

Early to bed and early to rise, increase one hour's sleep

As the saying goes: spring is sleepy and autumn is short. After the fall, many people are easily tired, which is what people often call "autumn fatigue". At this time, because of the "day and night" hot summer, many people have a lack of sleep, especially the elderly.

Man is also a part of nature. At the end of summer and the beginning of autumn, the rise and fall of Yin and Yang in human body also change naturally. Living and rest should be adjusted accordingly according to the seasonal changes of nature. At this time, if it does not change with time, continue to maintain the habit of sleeping late in summer, "autumn fatigue" is more likely to occur.

Yang Zhaohua said that in order to alleviate autumn fatigue, it is necessary to sleep earlier, go to bed early and get up early, increase sleep by about an hour compared with summer, or increase sleep by napping. In addition, blood pressure instability is more likely to occur after sleep deprivation, which can lead to cardiovascular disease.

Experts said that 11 p.m. to 2 or 3 a.m. is the best time for human body to sleep. If we miss this time, the quality of sleep will be greatly reduced.

It's better to wear less shorts and waistcoats when you don't wear them.

Yang Zhaohua said that although the temperature will not drop too low in the short term after the outbreak, it will be cooler in the morning and evening. At this time, middle-aged and elderly people had better add a long-sleeved thin coat sooner or later. This temperature difference is much less stimulating to the body and much less risky for cardiovascular disease.

People often say that "spring covers autumn frozen", so-called autumn frozen, there are three "forbidden areas" - head, navel, feet. Especially the navel, Chinese medicine called the navel Shenque point, warming this point can inspire the body Yang Qi, especially some weak spleen and stomach, cold, diarrhea prone people, we should pay special attention to the warmth of this part. Fear of cold women can often take hot compress in the belly umbilicus method to drive away cold and help yang. In addition, in addition to the navel fear of cold, back "autumn frozen" prone to cough, bronchitis and other respiratory diseases, people with deficient cold constitution had better remove the mat early, try not to open the window too big to sleep.

In addition, the use of air conditioning after the outbreak should be very careful. Experts pointed out that the air conditioner should not be turned on at night when sleeping, even if the best timing is to be turned on, so as not to invade the viscera, meridians and bones and joints of the human body by the time-and-space-adjusted Yin and cold outside in the middle of the night, causing cold, diarrhea, neck, shoulder, waist and leg pain, joint pain and other symptoms. Wear clothes skillfully in the morning and evening: Don't wear cool clothes such as shorts and vest. It's better to carry a thin coat or scarf shawl with you to prevent wind. Certainly protect the neck, back, feet, these are the most abundant areas of blood vessels, the stimulation of cool autumn will prompt the rapid contraction of blood vessels, causing danger. (Reporter Fang Yuan)

Women
Treat your aunt well. Take these seven during menstruation to make up for the lost blood March 07, 2020

Archives
Food is not the fresher the better. They have higher security risks. October 14, 2019

Archives
What are the reactions after pregnancy February 19, 2020